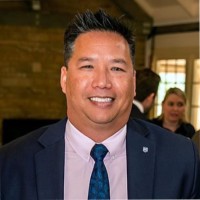 Julben started his hospitality career in 1991 within the food and beverage department. From 1996 – 2000 Julben was the manager of the Victoria Quest Apartments in Subiaco WA. From 2000-2003 Julben managed numerous Oaks Hotels in Sydney. From 2003-2007 Julben moved to the Sunshine Coast and managed the Oaks Seaforth Resort, which had 236 strata titled apartments. From 2007-2009 Julben managed both Oaks Charlotte towers and Oaks Aurora in Brisbane with 426 and 478 apartments respectively. From July 2009, Julben joined Empire as our QLD operations manager and business development manager. Julben has been involved in numerous handovers and has a sound ability to implement new procedures and achieve objectives. Julben is hard working and efficient in ensuring all tasks are implemented.